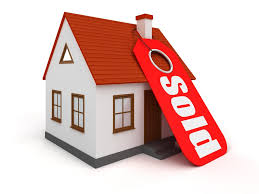 Wharton:  William "Bill" Keller passed away on Sunday, April 19, 2020 at home with his family by his side, after long and full life of 91 years.

Bill was born and raised in the St Mary’s section of Wharton. He attended St Mary’s Catholic School and Wharton High School. His biggest accomplishments as a young boy was becoming, what was at the time New Jersey’s youngest Eagle Scout.  He joined the US Army during the Korean War where he was a member of the 24 Infantry Unit.  After his service he married the love of his life Irene Kepler in 1951.

They were married for 56 years until her passing in 2007. They continued their life, raising their family in Wharton.

He was an active member of St. Mary’s Church throughout his life and attended mass there regularly.  Bill built his life on the values of his faith and a tireless work ethic.  He started his career in the automotive repair business with Ayers Chevrolet and was proud that he returned to his job there the very first day after coming home from Korea.  He would eventually own his own service stations and repair shops before moving on to become a real estate agent and broker where his genuine concern for people, deep knowledge of the local communities and infectious personality made for a successful thirty-plus year career before retiring from the Mt. Arlington RE/MAX office.

His family, his career, and his home were his life and he took great pride in them all.  He was predeceased by his wife of 56 years, Irene (Née Kepler of Rockaway), and is survived by his

He was also recently blessed with two great-grandchildren:

Donations in lieu of flowers are asked to be sent to St Jude’s Children’s Hospital, a cause that Bill himself supported regularly.

William “Bill” Keller lived a long and fruitful life in his hometown of Wharton.  He touched the lives of many people in his 91 years and will be greatly missed by all.

A private burial was held at St. Mary's Cemetery, Mine Hill and a Celebration of Bill’s Life will be held at a later date.

To send flowers to the family or plant a tree in memory of William "Bill" Keller, please visit our floral store.

Memorial Services will be held at a later date.
Private Interment