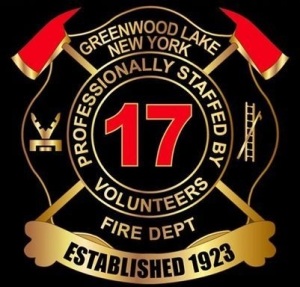 Jefferson Twp:  Steven Edward DeFeo passed away on November 12, 2020 after a short illness.  He was born on October 12, 1951 in Paterson, NJ and lived most of his life in Lake Hopatcong section of Jefferson Township.

Steve operated DeFeo's Marina in Greenwood Lake, NY along with his brother Rick for over 40 years, and was an active member of the Greenwood Lake Fire Department, having served as Captain, President, and Chaplain of the Orange County Volunteer Firemen's Association during his 22 years of service.

His lifelong passion for boating began as a teen working at local marinas, which led to boat building and years of boat racing, including a National Championship won on his honeymoon in 1973. He was also an avid NASCAR fan and collector, who attended many races and even worked with a pit crew for some.

A funeral mass will be held at Star of the Sea Church in Lake Hopatcong, followed by interment at Locust Hill Cemetery in Dover. Due to the pandemic, a celebration of his life will be held at a later time.

In lieu of flowers, donations in Steve’s memory may be made to the Greenwood Lake Fire Department.

Rest in peace Steve. You will be missed by many.

To send flowers to the family or plant a tree in memory of Steven Edward DeFeo, please visit our floral store.

You can still show your support by sending flowers directly to the family, or by planting a memorial tree in the memory of Steven Edward DeFeo