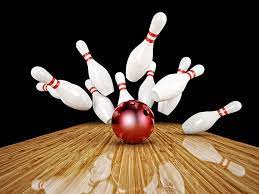 He is survived by his four children:

Richard and his wife Jennifer.

Michael and his partner Ann Borghard.

Patricia Jaffe and her husband Stewart.

Kathaleen Avallone and her husband Michael.

Also survived by his eight grandchildren who he loved and enjoyed so much,  Shannon, Jaclyn, Alyson, Matthew, Timothy, Samuel, Michael and Maggie.  Heartfelt thanks to Evelyn, his caregiver for the last 5 years.

“Red” lived in Wharton and Mt. Hope before moving to Mine Hill.  He graduated from Rockaway High School in 1946.  He enlisted in the Navy in 1947 and served his country proudly in the US Navy during the Korean Conflict.

Red worked in aeronautical engineering and data collection at Reaction Motors in Lake Denmark, Walter Kidde in Belleville, and Valcor Engineering in Springfield.

He was a member of the American Legion, was involved in the Boy Scouts and coached softball.  Red and Joan loved cruising, traveling the world, and playing golf.   For decades he enjoyed bowling with his friends and had a high game of 279.  He was a member of Saint Mary’s Church in Wharton and served as a Eucharistic Minister and volunteer.

The viewing will be held 11am to 1pm on Wednesday, March 23, 2022 at the Bermingham Funeral Home, 216 S. Main St., Wharton with a 1pm service at the funeral home.  Entombment will follow at Locust Hill Mausoleum.

To send flowers to the family or plant a tree in memory of Richard, please visit our floral store.