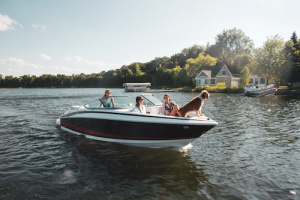 Richard F. Matyskiel, age 74, died peacefully in his home in Lake Hopatcong. He was the son of the late Alfred F. and Sonia Matyskiel.  Born in Antony, France, Richard (Del as nicknamed by high school friends and commonly called) came to the U.S. at a young age where he resided in Newark before he and his wife moved to Lake Hopatcong in 1975.   He is survived by his wife, Marlene of 52 years, son Richard W. (wife Susan), and their children Evan and Ava, his daughter Kimberly, (husband Tom), and their children Kate and Luke.  Rich is survived by his younger brothers William (wife Barbara), and Raymond.  He is predeceased by his sister Christine.  He also is survived by many nieces and nephews.

Rich was a graduate of Newark School of Fine and Industrial Arts, and went on to obtain his teaching degree at Kean University.  He taught fine art in Montclair for several years, coached ice hockey, and later worked as a Sales Engineer at ASCO in Florham Park, NJ from where he retired.

Rich enjoyed fishing and boating with his family.  He liked sports cars, and riding in his Jaguar.  He enjoyed working on projects and could build or repair just about anything, from cars to his own home.  He loved his Yorkie, who passed away after Christmas, and then didn't hesitate to find a new rescue dog, whom he bonded with immediately.   He also enjoyed meeting up with former co-workers from ASCO at their monthly luncheons.

Rich was also a proud member of the NRA.

Richard will be missed by his family and friends immensely.

In lieu of flowers, donations may be made to St. Jude's Children's Hospital or the charity of your choice in Richard's memory.

To send flowers to the family or plant a tree in memory of Richard F. Matyskiel, please visit our floral store.