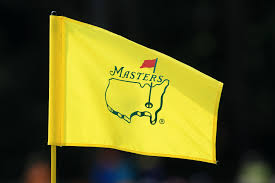 Philip Kyler Kehoe, 79, of Wharton, died peacefully on January 17, 2021. Born and raised in Mt. Hope, NJ. He graduated from Morris Hills High School in 1961. Phil was a carpenter and builder his entire life. Countless homes in Morris and Essex Counties showcase his craftsmanship. He worked as a building inspector for many towns. After 31 years, he retired from Millburn/Short Hills as the Construction Official/Zoning Official. During his tenure in Millburn he oversaw many construction jobs such as a variety of projects at The Mall at Short Hills and the construction of the Short Hills Hilton.

Phil was an avid golfer. He played many great courses during his life, but his proudest golf moment was the honor to play Augusta. He was an athlete and a true fan of sports. He played baseball, softball, and football, he coached, and he spent many years watching his children and grandchildren play their sports. His favorite spot was hanging on an outfield field fence cheering them on and keeping the umpires honest. He loved to travel, to tend his garden, and to tinker with his antique cars.

He is predeceased by his parents Sylvester and Loretta Kehoe, brothers James and Frances Kehoe, and his sister Betty Shafer.

Phil is survived by his loving wife of 57 years, Carol (née Davenport) and his three children Philip Kehoe (Carol) of Boiling Springs, PA, Kara DeLoreto (EJ) of Denville, and Katie Erezuma (Craig) of Madison. He also leaves behind six grandchildren Mikhail, Patrick, Morgan, Matthew, Kyler, and Connor. He is also survived by his brothers Edward Kehoe and Gerald Kehoe and many nieces and nephews.

Visitation will be held 12-3pm on Sunday January 24, at the Bermingham Funeral Home, 216 S. Main St., Wharton.  A Funeral Service will be held 10am on Monday at the Funeral Home. Interment will follow at St. Mary's Cemetery in Mine Hill.

In lieu of flowers, please make a contribution to the charity of your choice. Offer condolences at www.BerminghamFH.com

To send flowers to the family or plant a tree in memory of Philip K. Kehoe, please visit our floral store.