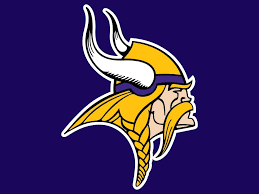 Paul J. Argott, 65, of Belvidere NJ departed this world and was welcomed into the arms of his Lord and Savior, Jesus as well as his Virgin Mother Mary on April 24th, 2021 surrounded by his beloved family.

Paul fought a long and difficult battle with several illnesses during the past 4 years. He faced them with his own brand of courage and humor that was a hallmark of his personality as well as a deep faith and a strength that knew no bounds.

Paul was an excellent cook and enjoyed preparing meals for his family, especially Italian. He was a loyal fan of the Minnesota Vikings. He was fascinated by the Battles of the Civil War and was an avid history buff specifically concerning George Armstrong Custer and Ulysses S. Grant. He loved Popeye’s chicken, the New Jersey Shore, particularly Wildwood, but most of all, his family who was truly his world.

He is survived by his beloved wife of 40 years, Susan (nee Koenig), to whom he was utterly devoted, his sons Paul of Saint Augustine, FL and Jason of St. Johns, FL with whom he was so proud; his dear daughters-in-law Brittani and Jaclyn, his brother Donald and his wife Patrica and sister Joann Creasy, both of Pequannock, NJ, his seven grandchildren, Deven, Arabella, Aubrey, Ethan, Emma, Logan, and Brayden, who all brought so much joy to his life; along with several nieces, nephews, and friends.

Paul was preceded in death by his mother, Rose (nee Iozzio), his father, William, his mother-in-law, Catherine Koenig who he loved as his own, brother-in-law Steve Creasy,  as well as dear cousins, aunts, and uncles who he loved dearly.

Paul proudly served in the United States Coast Guard and remained loyal his entire life. His home was adorned with military memorabilia and he was a staunch supporter of all branches of the military.

Paul was a former member of the Knights of Columbus attaining the rank of 4th degree. He was affiliated with Our Lady of the Highway in Little Falls, NJ.

Paul was generous to a fault and loved to help others no matter the need. He selflessly served as a living donor in 2003, giving a kidney so that another man may live. Because of Paul’s generosity, that man still lives today.

Above all, he was the most devoted and loving husband. He revealed that love through his words and his actions. He would tell anyone who would listen how much his wife meant to him and would praise her at every turn. He fulfilled every one of his wedding vows in the most beautiful way.

Arrangements are being handled by Bermingham Funeral Home in Wharton, NJ. Viewing will take place from 3:00pm until 7:00pm on Wednesday April 28, 2021. The Funeral procession from Bermingham Funeral Home to St. Patrick's Church in Belvidere, NJ will occur on Thursday, April 29, 2021 at 10:00 am and mass will be held at 11:00am. Paul will be interned as a United States Veteran in the Jacksonville National Cemetery in Jacksonville FL on Tuesday May 4, 2021 at 11:30am.

To send flowers to the family or plant a tree in memory of Paul J. Argott, please visit our floral store.