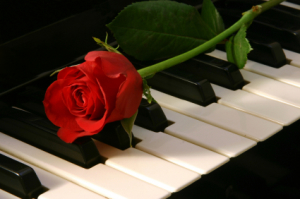 Wharton:  Michael D. Yaros passed away peacefully on March 1, 2022 at Karen Ann Quinlan Home for Hospice of Fredon Twp.  He was 67 years of age.

Michael was born in Dover and lived his entire life in Wharton.

Mr. Yaros was a caring, dedicated Licensed Funeral Director and owner of the Bermingham Funeral Home in Wharton.  At a young age, Michael attended his grandfather’s funeral and was captivated and consoled by his appearance.  He was so impressed that he decided to become a funeral director.  Mike began his tutelage under Mr. John C. Bermingham at an early age, eventually purchasing the business in 1995.  With Mike’s forward thinking, he constructed a new facility that opened in 2006.  He served for over 40 years in funeral directing, retiring in 2012.

Michael was a lifetime member of St. Mary’s Church, Wharton.  He was one of the generous parishioners that helped to fund the 1997 program of restoration and renewal of St. Mary’s.  He was just as giving to his family, friends and animal charities.  Mike loved to spend time with his family and listen to his Polka music.  He was a talented organist and played at several churches in his youth.

Survived by his loving three siblings:

Kathleen A. Yaros and her husband Robert Buell.

Patricia Kippycash and her husband Eric.

Mike Yaros and his wife Julie & their children, Heather & Jordan.

Also survived by many cherished cousins.

A funeral mass will be held 10am on Monday at St. Mary’s Church, Wharton.

In lieu of flowers, donations in Michael’s memory to St. Mary’s Church, Wharton or Eleventh Hour Animal Shelter, Rockaway would be appreciated.

To send flowers to the family or plant a tree in memory of Michael D. Yaros, please visit our floral store.