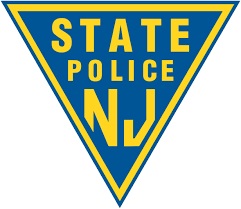 A proud and lifelong resident of Wharton, Bernie grew up in the St. Mary’s section where he attended grade school and was an Alter Server and member of the Boy Scouts.  As an outstanding three-sport athlete, he earned football honors as an All-State halfback for Wharton High School in 1947. He then enlisted in the U.S. Army and served as an infantryman in the HQS Co. 60th Infantry Regiment 9th INFD. , where he developed his skills as an excellent drill instructor.

Bernie then returned to the gridiron to play in the area’s semi-pro football league, while he worked as a rigger at Picatinny Arsenal and overnights in the very dangerous job as a raze driller, working thousands of feet down in the hazardous Mount Hope Mines of Rockaway Twp.  His lifelong ambition was to become a New Jersey State Trooper and in 1955, he achieved that goal as he persevered through the rigorous academy training to become the first State Trooper in the small Borough of Wharton’s history, as a graduating member of the 49th class. Bernie was a trailblazer and throughout the years to follow, he inspired and mentored many more young men in Wharton to follow him into joining the ranks of the State Police. He still managed to coach and mentor the youth in CYO basketball and Little League baseball, despite working the very demanding and extended shifts required of a trooper back then. Bernie loved the “Outfit” and was filled with pride as he served in various Troop “B” stations including Washington, Newton, Hainesville and the old Morristown Headquarters. He was promoted to detective in the mid 60’S in the newly formed Auto Theft squad, where he worked alongside the late and former NJSP Superintendent Clinton Pagano. Afterwards, he excelled as a detective in the Organized Crime Bureau’s North Unit and ascended the ranks, while earning many commendations and most importantly, the respect of his fellow troopers. In 1978, Bernie was placed in charge of supervising and opening the Meadowlands Race Track sports complex unit where he spent many years and was promoted to the rank of Lieutenant. Afterwards, he returned as the Unit Head in charge of the Organized Crime Bureau’s North and Corruption Units, respectively. Bernie retired from the State Police after 29 years of distinguished service in 1984.

He enjoyed retirement with his beloved wife Charlotte of 64 years, and was especially proud of his three sons, two of whom, Paul and Mark, followed in his footsteps and also became state troopers. While his middle son Alan worked tirelessly to become an award-winning actor, writer and director in the independent films industry. Bernie and Charlotte enjoyed taking trips to Saratoga, summer family vacation trips to LBI, maintaining their beautiful home and working in the yard. An avid sports fan and into physical fitness, he enjoyed football, baseball and playing golf, exercising at Wharton Park, and proudly watching his children and then grandchildren compete in sports throughout their youth and high school careers. He loved watching classic western movies and listening to his collection of music CD’s and an occasional cigar.

He was a devout parishioner of St. Mary’s Roman Catholic Church, a Degree Team member of the Knights of Columbus and a long-standing member of the NJSP’s Former Troopers Association (FTA). Pop-Pop was a proud and devoted family man who always carried himself in a rugged and disciplined manner. He will always be fondly remembered by family and friends as the patriarch and foundation of the Kelly family’s legacy.

He is predeceased by his mother Julia, father Thomas “Sharky” and brother Joseph Kelly.

He is survived by his loving wife Barbara “Charlotte” Kelly-Rowe, son Paul and his wife Valerie, son Alan and son Mark and his wife Margie, along with five grandchildren and four great grandchildren, two sisters, Helen Romaine and Marie Yadlon, along with his cherished nieces and nephews.

A funeral service will be held 11am on Friday at the funeral home.

To send flowers to the family or plant a tree in memory of Lt. Bernard "Bernie" Kelly, (Ret.), please visit our floral store.