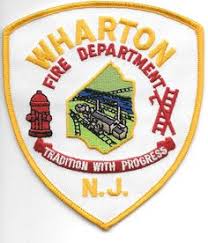 Jack was born in Dover, NJ and lived in Mt. Hope, NJ during his early years, spending most of his life in Wharton, NJ. A graduate of Morris Hills High School class of 1958, Jack attended Fairleigh Dickinson University earning a bachelor’s degree in Business Administration and later a master’s degree from Florida Institute of Technology.

Jack was a US Air Force Veteran.

Mr. Sheplak worked for Bell Labs after leaving the Air Force before going to the Procurement Division at Picatinny Arsenal, where he worked before retiring in 1995.  He continued to work full-time as the Municipal Court Clerk for Wharton/Mine Hill, officially retiring in 2005.

Survived by his wife Mary (née McDermott) and his five children:

Jack also enjoyed “giving back” - working with this wife Mary at the Faith Kitchen, Trinity Lutheran Church in Dover, NJ for the past 11 years.  In lieu of flowers and in the spirit of Jack and Mary, donations in Jack’s memory may be made to Faith Kitchen, located at Trinity Lutheran Church 123 E. Blackwell Street, Dover, NJ 07801 would be appreciated.

To send flowers to the family or plant a tree in memory of John "Jack" Sheplak, please visit our floral store.

A Memorial Tree was planted for John

We are deeply sorry for your loss - the staff at Bermingham Funeral Home, Inc.

Join in honoring their life - plant a memorial tree