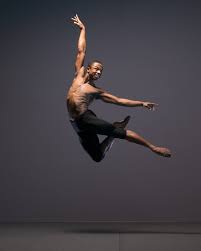 Desmond Leon Sugar went home to his Heavenly Father on Tuesday, June 2, 2020. Desmond passed away peacefully in his home in Nutley, NJ after battling cancer for a little more than a year. Desmond was in the presence of his wife, Deborah Sugar, and son, Samuel Asiel Sugar, when he left to dance with Jesus for the rest of eternity.

Desmond loved Jesus passionately, and he wanted everyone he met to know how much Jesus loved them too. Desmond was also an accomplished dancer and used his dancing gifts to minister the Gospel. He studied at Alvin Ailey American Dance Theatre, Garden State Ballet, and Gallman’s Newark Dance Theatre. Desmond toured the country as a professional dancer, cast in a leading role of Leonardo in a Ninja Turtles performance. Desmond performed at esteemed venues such as the Dance Theatre of Harlem, Rod Roger’s Dance Company, Symphony Hall, and Gallman’s Newark Dance Theatre, where he was the first black child to perform in The Nutcracker. He also performed in Let The Trumpet Sound, Crossing The Line, Precious Memories, Fred Benjamin’s Ice Fire, Eleo Pomare’s Morning Without Sunrise, and Peter Anastos’ Footage. Desmond fought for racial justice his entire life, dancing for White Wave Rising (a Korean-African organization formed to bind racial relations in NYC through dance during a time of racial tension) and Viva Brazil (a similar AfroBrazilian dance organization).

Desmond was a dedicated educator, mentor, and youth leader. He served as the Unstoppable Girls Foundation Dance Choreographer & Chaplain for seven years. He also taught dance at the organization's annual retreat & after school programs. Desmond was a positive role model who always shared his faith with the youth and group's volunteers. He was a dance instructor for many civic organizations, including The Boys’ Club, the YMCA, the YWCA, and the 4-H Club. Last year, Desmond was named chairman of the organization Unstoppable Men’s Initiative to help mentor youth. Over the years, Desmond taught dance for several school districts including the Elizabeth Board of Education. He even launched his own dance studio in Bloomfield so he could use his gifts to bring out the same in others - Vision Dance Theater Ministry.

Desmond was born in Newark and grew up in Georgia and New Jersey. He met his beautiful bride Debbie at Newark Gospel Tabernacle; they married in 1997. Desmond and Debbie sang in the choir and served in the prison ministry together; their family continues to serve faithfully in the family ministry at Liquid Church in Nutley. Desmond and Debbie’s son, Samuel, was born in 2004. Despite all of Desmond’s accomplishments, Samuel was his pride and joy. There was nothing he was more proud of than his intelligent, handsome, loving, and gifted son.

In addition to Debbie and Samuel, Desmond is survived by his mother (Marvese Sugar), his father (Shareef Abdur-Rasheed), his siblings (Rasheedah, Rukiyar, Ismail, Idris, Shakeel, Ihsan, Yaseen, and Mashar), and many loving aunts, uncles, and cousins.

Desmond will be laid to rest at Hollywood Memorial Park and Cemetery in Union, NJ on Friday, June 5, 2020. Due to the COVID-19 safety restrictions, attendance needs to be limited to immediate family members. However, the funeral service will be live streamed from Debbie’s Facebook page. It would mean the world to Debbie and Samuel if you were able to participate virtually.

In lieu of flowers, we are asking you to contribute to an education trust that is being established for Samuel. This will ensure that Samuel will continue to receive the education that Desmond desired for his pride and joy. More information to follow via Debbie’s Facebook page once the trust has been established.

To send flowers to the family or plant a tree in memory of Desmond Leon Sugar, please visit our floral store.