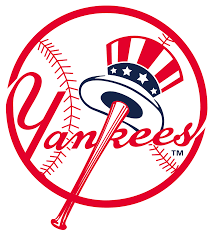 Mine Hill:  David W. Schaible passed away on Thursday, July 29, 2021 at St. Clare's Hospital/Dover General/VNA Hospice.  He was 68 years of age.

David was born in Elizabeth and raised in Roselle.  He moved to Randolph in 1985 and lived in Denville before settling in Mine Hill in 1991.

Mr. Schaible was a mechanic for EZ Go Golf Carts and was responsible for maintaining fleets of carts in several states.  Dave had an innate ability to build or fix anything.  He liked to problem solve and was always willing to lend a helping hand when it was needed.

He enjoyed having a cup of coffee with the neighbors and solving the world's problems or maybe just complaining about the NY Giants or the Yankees with them.

He loved dogs and no matter how big or small they were, they always became his lap dog.  He was especially fond of our setter, Chloe, who he called “Princess”.

He was a member of St. Mary’s Church, Wharton and worked Bingo at the church.  He also coached Little League Baseball.

Survived by his wife Judith (née Mruczak) of 36 years.

Brother, Gary and his wife Patricia of Silver Spring, Maryland.

A funeral Mass will be held 1pm on Monday at St. Mary’s Church, Wharton.

In lieu of flowers, donations in David’s memory to the Eleventh Hour Rescue would be appreciated.

Interment will be private.

To send flowers to the family or plant a tree in memory of David William Schaible, please visit our floral store.