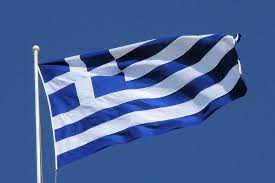 Christos Neroutsos passed peacefully on Wednesday, April 20, 2022 at the age of 91 in his home surrounded by his family as he wished. Christos was born in a small village Kallidromos, Lamia, Greece to Yeoryios and Afrodite Neroutsos on October 08, 1930. He was the second youngest amongst his six siblings. They grew up in a two room home with very little. He was lucky enough to educate himself at a time where most were not able to attend school.

Christos served in the Greek army. After serving, he had his own flour mill. He married his wife, Theodora, and they had their two beautiful daughters, Afrodite and Rose.
His youngest sister later sponsored him and his family to join them in the US where he began working for Dover Picture Frame, Kenville Pon Fire Hose, and Howmet in Rockaway.

Throughout his childhood and adulthood Christos was a Byzantine Chanter. He loved his church and was a true believer in his Greek Orthodox faith. He was one of the founding members of St. Andrews Greek Orthodox church in Randolph where he chanted until his passing.

Christos lived his life to the fullest. He achieved all of his dreams. He was a loving and caring father, grandfather, and great grandfather.

Christos was survived by his loving wife of 65 years, Theodora.

The Family requests everyone to wear a mask while attending the services.

To send flowers to the family or plant a tree in memory of Christos, please visit our floral store.