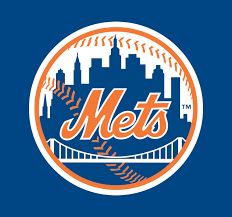 Dover:  Charles Joseph McNally passed away peacefully on April 16th.  He was 86 years of age.

He was born in Brooklyn, New York and served in the United States Navy during peacetime.

He worked for Chemical Bank in New York as a bank teller for many years.  He married his wife Karen (nee Renton) and relocated to Jersey City, NJ.  They later moved to Orlando  Florida. After his wife passed he joined his family in New Jersey in 2016.

He was a beloved brother and uncle with his quick wit and humor and sweet personality.  He was born in Brooklyn NY and the city was always in his heart. He was a huge baseball fan who loved the Brooklyn Dodgers and later the NY Mets. He loved old movies and reminiscing about his boyhood in Brooklyn.

He is survived by:

Nieces:    JoAnn Christie and her husband Steve along with their children;  Ryan, Brendan & Meghan.

Janet Walek and her husband Tom along with thier children:  Ben & Rosie.

Services will be private.

To plant a tree in memory of Charles Joseph McNally, please visit our tribute store.

You can still show your support by planting a memorial tree in the memory of Charles Joseph McNally
Share a memory
© 2020 Bermingham Funeral Home, Inc.. All Rights Reserved. Funeral Home website by CFS